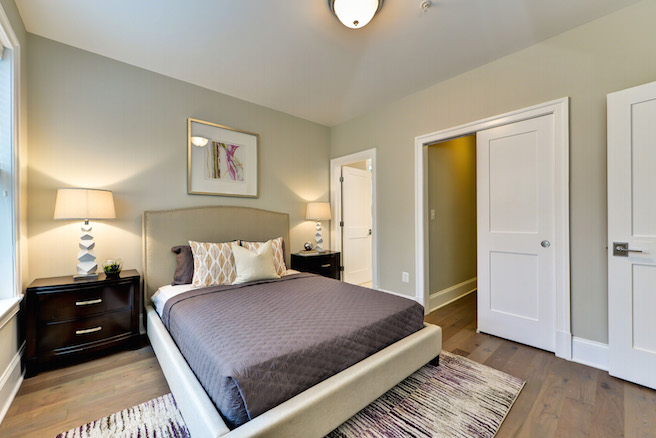 3921 Fulton Street NW is a conversion from a tired four-unit building into a new eight-unit condo building. Four units are built in the original building, and four new units have been constructed in a new rear addition. We purchased this site after another developer was unable to perform on his contract and the seller contacted us to step in and buy the building. We were thrilled to be given this opportunity, as lots this large in Glover Park are extremely rare. The front units have windows on three sides, and the rear units have windows on all four sides of the building, like a detached house.

Floor plans are for illustrative purposes only. Dimensions are approximate. Lock7 Development reserves the right to modify the plans and specifications without notice.